If I had a satellite in low earth orbit for each time I have heard this question, I may have a constellation of birds that rivals the 30,000 planned by Elon Musk’s Starlink.

There is a dozen of ways to address the impact of the coming onslaught of low earth orbit satellites will have on telecommunications. We could ask: will they make money? Will they obscure the sky with junk? Will this be the godsend, or the end, for high-frequency securities traders? How many of the seven or so announced constellations will be constructed? 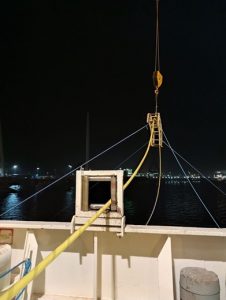 Here, though, I will address the impact on the undersea cable marketplace – stay tuned for the other answers.

Though the SpaceX, and its subsidiary Starlink enterprise is an outstanding example of ambition and technical virtuosity, my view is that these planned satellites are not the replacement technology for undersea cables.

The physics does not hold up to scrutiny. There is an advantage of having the entire spectrum of a glass fiber available to a transmitter and receiver. No interference. No regulations. No sharing with other users like the public airwaves requires. All of these issues, and more, plague the satellite communications industry.

The economics does not hold up to scrutiny. Yes, StarLink, in particular, has the vertical integration of a high throughput, low-cost launch platform along with the not-so-novel idea of a constellation of satellites. (Think of the once bankrupt Iridium system. Or the abandoned Celestri and Teledesic networks). However, the fleet of satellites from even one dominant provider is tremendously expensive to deploy and to maintain.

Based on physics and economics nothing can or will replace undersea cables for crossing the world’s oceans. Although a $300M cable sounds expensive, it pales in comparison with the costs of these constellations. A cable transports hundreds of Tbits/second. A single satellite can transmit a few Gbits/second. (The exact number is a secret held closely by the developers). More satellites help increase capacity but a nearly linear increase in cost. A fiber optic cable can add capacity with a negligible increase in a system’s cost.

The potential advantages of satellite constellations

The more thoughtful press from these companies points out that these satellites are not a replacement for residential broadband. (Although, SpaceX and Amazon’s Kuiper plan to have direct-to-consumer offerings). Nor is it a replacement for long haul routes. These constellations will serve a niche in the overall telecom landscape. Telecom has long resisted one-size-fits-all solutions and each of the constellations may hit the balance of cost, coverage, and latency to make money.

As undersea cables are great connecting two points with lots and lots of capacity and basic fixed wireless works in some rural places, LEO satellites will fill a few niches. A constellation of satellites will be offer connectivity to businesses and people in hard-to-reach areas, with low population density. These solutions will be great for cruise ships, mobile military assets (did I mention that since Europe has one constellation planned and North America has three, there is also a Chinese state-owned company developing a 12,992-satellite constellation).

The truth through the noise

There is a lot of misleading information floating about that is not useful to the conversation. Yes, the combined capacity of Telesat satellites may be 15 Tbps but adding up the capacity of each satellite says little about the capacity available for each user and how many users it can support. Mr. Musk’s tweet that his satellites will be 40% faster than fiber solutions, is a basic statement that signals travel 40% slower in glass than in air and space. However, this is not the speed that most people think about when a family of five is trying to watch a separate video stream simultaneously.

Can any of the satellite constellations deliver even a few hundred megabits per second to a reasonable fraction of a small metropolitan area? I do not think so.

My conclusion is that these satellites are an exciting new niche for end-delivery for the billion or two people or the few thousand small business that have slim prospects for reliable high-speed broadband. I wonder, however, if most of the billions can afford the price that will be asked. For some wealthy users, the services will be better than fixed wireless broadband and WiMax (what happened to that?). Of course, governments, militaries and marine operators will find the competitive service offerings to be a welcome change. However, a slightly less expensive and slightly lower latency solution than the already deployed O3b network will not revolutionize the services for the bulk of the developing world nor for how the world’s oceans are traversed.